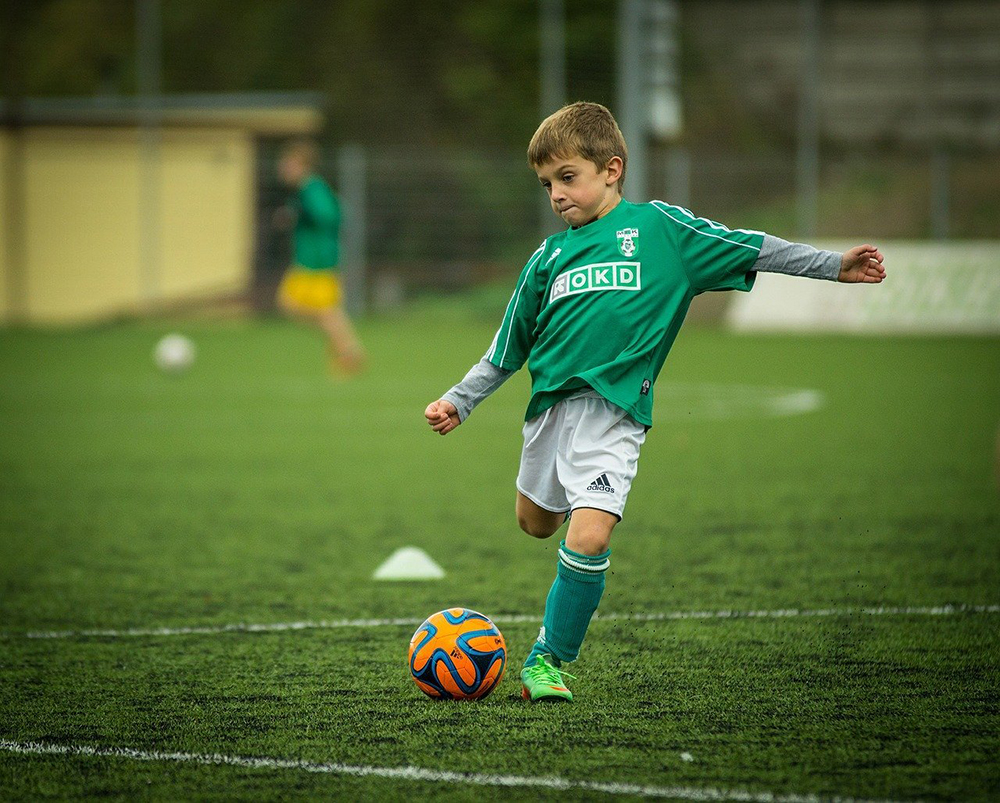 Youth sports are amazing and beneficial for any child. Developmentally, sports provide structure and discipline that comes from a source that isn’t a parent. Kids learn cooperation, patience, how to rely on teammates in pursuit of shared goals, and how to win and lose with grace. I am a fan of any activity that puts children in a social setting and there is discipline involved. I grew up with sports. From the age of 4 all the way up to the collegiate level, I played soccer and everything else along the way. Basketball, karate, dance, softball—you name it, I played it! More recently, I have coached club soccer teams. During my times as a player and a coach, I’ve been around kids whose parents had split up or were in the process of doing so. I have seen successful co-parenting, and have been around parents who co-parent very poorly, which in turn has a plethora of negative consequences on both the child and the sport. One thing is for certain, I learned to avoid letting parents know I am a practicing family law attorney. I can’t coach and answer a barrage of questions about child custody at the same time!

Extracurriculars for Children of Divorce

Youth sports are especially beneficial for a child whose parents are separating. This is true at any level of play—from local rec leagues, up to traveling club teams. Sports create a safe space for a child. Regular practices, games, and matches provide consistency where children know what to expect and where to be. It gets kids out of the house, a much-needed respite from the yelling and turmoil that often accompanies divorcing parents. Bottom line—it provides stability for the child and fun! For a child adjusting to separated parents, the lessons taught in sports gain an additional therapeutic element. If the parents are splitting up, I always recommend keeping children involved in their extracurriculars, or schedule allowing, starting up new ones. The transition from one household to two is traumatic on a child. Thus, maintaining consistency in other areas such as education and sports and other activities is super important. Changes, while not always bad, should occur slowly and in stages. This makes the process much easier on the kids.

As vital as sports are to a child, co-parenting around extracurricular activities presents its own challenges. The time commitment becomes trickier when two households are involved. It adds pickups and drop-offs that parents need to navigate and communicate about. I’ve had players show up without a uniform because it was left at dad's house, and now it’s mom’s time with the child and she doesn’t have it. In a nutshell, sports forces parents to communicate. Then there is the question of whether parents can be civil around each other at games and events. I have had divorced parents who are completely fine with their ex and his or her significant other attending games. Others absolutely cannot handle the awkwardness and the emotional aspect of the interaction. It is the expectation of the court that parents can be adult enough to attend games without making a scene or acting inappropriately. Even in extreme cases where a restraining order is involved, the courts sometimes grant exceptions for peaceful contact sporting events provided all other terms of the restraining order are in compliance. Discuss this issue with an attorney if this is your situation. Toxic behavior is not limited to direct confrontation. Sometimes parents feel the need to whip out their Instagram and vent their frustrations about their ex to the other parents. Sure, it’s cathartic for a minute. But then rampant gossip ensues—all at the expense of your child. This is why, again, it is so important for parents to communicate and respect the process for their child and the team. After all, this is all for their benefit, right? Another negative situation arises if one parent chooses to sit out of activities altogether. Say a child has played football for the last eight years. The parents move 45 minutes apart, and now mom doesn’t want to take the son to practice during “her time” with the boy. Dad might have to pursue legal action to adjust the time share and custody schedule so the son can play ball.

When Do the Courts Get Involved?

Like any custody issue, the court would rather parents work out their own arrangement regarding sports and extracurriculars. Sometimes that doesn’t happen and a judge is asked to determine what is in the best interest of the child—including whether a child should play a sport, how often, and when. If the court is forced to decide for the parents, it may divide the year between mom and dad. Mom decides what sports to play (or not play) January through June, and dad gets July through December. If a child is a gifted athlete playing a year-round club sport, the court might decide participation is in the best interest of the child regardless of how it affects a parent’s custodial time. If one parent doesn't have the ability to get the child there, or doesn't want to take part, the other parent can bring the child to games and practices, and return the child afterward. Again, the court makes orders on what is best for the child, including participation in sports and extracurriculars. As a past Division 1 athlete, my life could have gone very differently had I not been allowed to play sports, receive a collegiate athletic scholarship, and attend law school. Parents should always put aside their own issues when making decisions that affect their children’s future.

Dos and Don’ts for Separated Parents at Children’s Extracurriculars

Co-parenting a youth athlete requires communication, planning, and committing to what is best for your player. Some of it may seem like Basic Human Behavior 101 advice, but in a highly emotional situation like a contentious separation between parents, it bears repeating. DO: Get your child involved in sports and extracurriculars. It’s worth the logistics and hustle. DON’T: Fail to coordinate and communicate with the other parent about games, pickups and drop-offs. DO: Make clear expectations about who pays for what. DON’T: Rely on your memory. Document conditions and responsibilities in a parenting plan. DO: Expect to attend games and events even if your ex is there. DON’T: Engage your ex if you don’t get along, or bring your new significant other. DO: Make friends with the other parents on the team. DON’T: Discuss your ex with other parents on the team. DO: Stay flexible should you need to juggle custody and visitation to accommodate activities. DON’T: Penalize your child by withholding participation in practices and games. DO: Bring your kids to sporting events and share in their passion. DON’T: Let them root for the Bears or Vikings. Go Pack Go!​    Kristen Holstrom

Do not face your legal matters alone. Let's talk about how we can help you start on the next chapter of your life.

Or fill out the form for a quick response.

© Custody Queens is a division of Holstrom, Block & Parke, A Professional Law Corporation. All Rights Reserved | Privacy Policy
The information on this website is for general information purposes only. Nothing on this site should be taken as legal advice for any individual case or situation.
This information is not intended to create, and receipt or viewing does not constitute an attorney-client relationship.